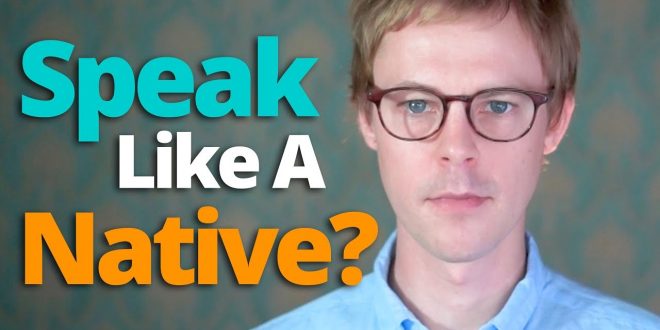 So often spoken English is different from how it’s written, and the reason this occurs is because we’re trying to convey ideas by speaking, obviously, as quickly as possible.

And a lot of the time correctly pronouncing these words doesn’t lend itself to speaking quickly.

So, a lot of the time sounds change, letters are removed, or syllables are removed from words.

And I do this all the time.

Native speakers do this all the time in English.

And I’m sure it happens in your native language as well.

So, today we’re going to go through a list of words that I would say, that are reduced down, that I think you should say as well to sound like a native.

This is even hard for me to say, especially, when speaking quickly.

“I’m wearing a lot of clothes”.

So, often this one will actually get reduced down to just “clo-es”.

And it sounds like, “Opening the door and then closing it”. Close.

This one, there’s quite a few different consonants in there. “S-K-T”.

This one gets changed as well where the “T” gets removed this time.

It gets ditched, thrown out. It’s too hard to say “Exactly”.

This one, again, too many syllables.

“Do we speak properly when we’re speaking quickly.

This one, again, too long.

We get rid of one of those syllables, and we say “Pro-bly”. It’s pro-bly not correct to say pro-bly.” “Pro-bly”.

This one can be either.

“I’ve asked Dave and he said he’s going to the li-bry. Is that true? Exac-ly.“

Those two “R’s” in there a bit weird.

Again, too long. Cut that stuff down.

“Lab-ratory” or even just a lab. But in this case “lab-ratory”.

“I’m working in the lab-ratory.”

No one, no one anywhere would ever say “cupboard”, “cupboard”.

But this I would say as “Choc-late”.

And I think most native speakers would say that as well.

And this goes for “difference” as well.

And I’ll give you a bonus one.

This isn’t even a matter of contracting it down to something that’s said incorrectly.

No one would say “Wednesday”.

I do say this in my head when I’m trying to spell it, but when I’m speaking it’s just “Wens-day”, “Wens-day”.

So I hope you watched that episode guys try and learn to say these correctly, obviously, but practice them incorrectly like a native as well, because it will allow you to blend in and sound a lot more like it.

Good luck guys. Keep at it.

قبل تفاوت کلمات could can, would will, shall should
بعد 5Expressions To Sound More Australian