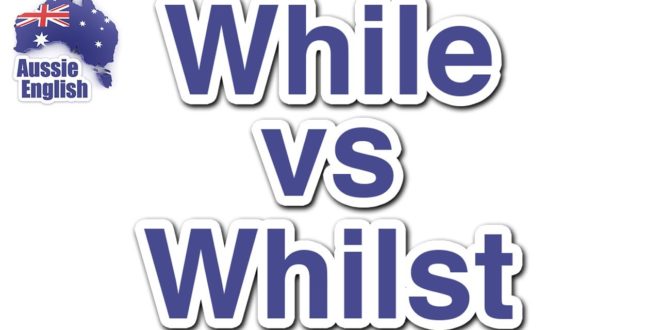 What’s the difference between “while” and “whilst” says Duy, and I hope I’m saying that correct, Duy.

“While” and “whilst”, “whilst*”. I would use these interchangeably.

They’re exactly the same thing. “Whilst” is probably rarer, slightly less common, although I would use that.

So that might be a little elevated with regards to your English.

If you use that you’re going to sound a little bit more intelligent.

It’s one of those things where you can use them both.

More educated people overall… I do know it’s a bit pretentious, but I think I would hear my academics using “whilst” all the time.

Whereas, “while” would be used by everyone.

So, it’s up to you. I think, personally, I would use them both.