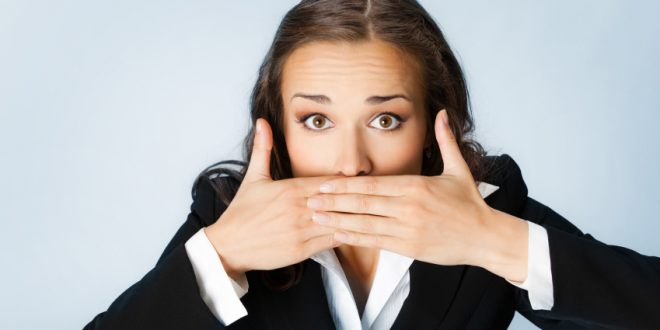 Hello everyone, and welcome back to English with Lucy. Today, I’m going to talk you through the five words and phrases that you need to stop saying immediately. Nah, it’s not that serious.

Okay, so the title is pretty shocking, The Words and Phrases You Must Never Say. But honestly, if you do want to sound like a native speaker, or even sound like a very accomplished English student, you should avoid saying these words and phrases. Because when students say them, I immediately think they’re at a lower level. The first phrase that you must never say is, have you ever been in? And then the location. Have you ever been in Italy?

Have you ever been in Istanbul? Whenever I do a live on Instagram, I always get asked this exact question. Of course, I answer it, because I love talking about Italy, and I have been to Istanbul, but it shouldn’t be in, it’s the wrong preposition. It’s not that it doesn’t make sense, it’s just not commonly said. We understand what you’re trying to say, you want to know if I’ve ever visited or travelled to Italy, or Istanbul, or wherever it may be, but, we don’t say in, we say to.

Have you ever been to Italy? Have you ever been to Istanbul? So yes, really watch out for that one. Number two, this is another comment I get a lot on Instagram especially when I upload photos with my boyfriend. They ask me, is he your husband? Are you married? Are you married with Will? Although it makes sense, and we understand what you’re saying, married with a person isn’t correct, it should be married to.

Don’t worry if you say that to a native, they’re not going to say, what? They’ll understand what you’re trying to say, but it’s incorrect. It should be since a fixed point in time, so I’ve been learning English since 2016. Duration, it needs to be for.

Teacher Lucy. (chuckles) Right, it actually makes me sad to talk about this one, because I think it’s so sweet and cute. But students will often address me as Teacher Lucy, like hey Teacher Lucy, how are you? But I feel obliged to tell you guys that in the UK, if you’re trying to learn British English, we don’t address our teachers as Teacher and then name. Now, I’m not saying don’t ever say this, because obviously in your own country, it might be very rude not to address your teacher as Teacher Mary, Teacher Mohammed.

But if you’re in the UK, and I think in the US as well, it’s not common to use this to address your teachers. In a school environment, we would say, Miss, Misses, Mister, or Mizz. Mizz is if a woman doesn’t want to disclose if she’s married or not, and then the surname.

Or if they’ve got specific qualifications, professor or doctor. In informal language schools, I would just want to be addressed as Lucy. If I was teaching in a formal school, I would be called Miss Earl. Any other place, Lucy. Teacher Lucy just isn’t used over here. The last one, number five. I love it when I receive this question in my classes, but it’s often said incorrectly. Can you explain me this, can you explain me that?

Now there is an exception to this, and this is pretty advanced, explain me can exist in one specific context. So, you have to explain an object. Explain the object to me, or explain to me the object. Now, if me is the object, then yes explain me can exist. For example, if I was going to see a therapist, and I was reclining on his sofa, as I don’t understand myself.

Explain me to me. (chuckles) Yes that would work, but that’s quite advanced. Just know that explain needs an object.

Right, that’s it for today’s lesson. Those are the five things that you need to stop saying, and make a conscious effort to avoid and correct.