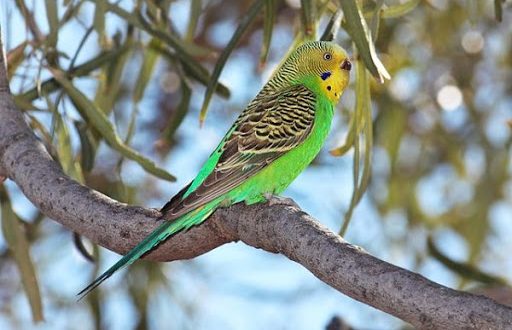 Learn Australian English in this post where I teach you another 8 Commonly Used Bird Idioms that I either frequently hear or use myself.

Figurative meaning: A foolish and hopeless search for or pursuit of something unattainable.

Literal meaning: This idiom is thought to have originated from a line out of Shakespeare’s Romeo and Juliet, which dates back to the year 1592.

Example: The scientists who are searching for life on mars may be on a wild goose chase.

Figurative meaning: To be carefree; completely free and unhindered.

Literal meaning: The basic idea of this idiom is that because birds can fly they are incredibly carefree and unhindered.

Example: I just finished my exams and now feel as free as a bird!

Figurative meaning: To improvise, to do something without proper preparation or time to rehearse.

Literal meaning: This idiom originates from a theatrical expression which referred to an impromptu performance given by actors who hadn’t learned the lines well and received prompts from someone else who was screened by a piece of the scenery or stood on the wings of the stage.

Example: I’m just going to wing it at the audition because I can’t be bothered preparing.

Other forms: To wing it.

4. The birds and the bees

Figurative meaning: This idiom is the name of parents’ traditional responses to their children’s question “where to babies come from?” It refers to their explanations of basic information about sex and reproduction.

Literal meaning: The origin of this idiom is unknown but it clearly alludes how parents may use the habits of creatures, which children may be familiar with, in order to explain these things.

Example: His dad just told him about the birds and the bees.

5. As a duck takes to water

Literal meaning: The idea here is that a duck takes to water incredibly easily and naturally.

Example: She took to dancing like a duck takes to water.

Other forms: To take to something as a duck takes to water.

Literal meaning: The dodo is a species of bird that was hunted to extinction by Portuguese and Dutch sailors in the 1500 and 1600 hundreds on the island of Mauritius. Thus, using this idiom suggests that the thing you are talking about is as dead as a dodo.

Example: My hopes of becoming an astronaut are now as dead as a dodo.

Other forms: To be as dead as the dodo; to go the way of the dodo.

7. To do something on the fly

Figurative meaning: To do something in a hurry or without preparing properly; to respond to events as they happen.

Literal meaning: This idiom is apparently a shortened version of “flying by the seat of your pants”, which means to make something up as you go along. It refers to flying a plane in response to what is seen and felt through the course of the flight, instead of flying using a prepared flight plan.

Example: You can’t make this meal on the fly, you need the entire day to cook it.

Literal meaning: This idiom likens the person you’re referring to to a goose, which is seen to be an awkward, goofy and silly animal.

Other forms: As silly as a goose; A silly goose.