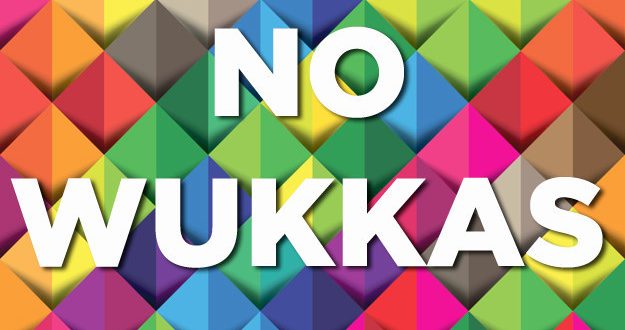 G’day guys and welcome to this episode of Aussie English. Today I’m going to talk to you about an expression “no worries” or “no wukkas”. So “no worries” or “no wukkas”. Now “to worry” means to feel uneasy or concerned about something. So to be troubled by something. If you’re worried it means that you’re anxious, you know, you’re incredibly worried about something. It means “oh my gosh, like oh you know, I’m so anxious, I’m so concerned. I’m scared something bad’s happened.” And that’s the verb “to worry” about something, or to be worried by something. And then the noun “a worry” or “a worry” is the state of being anxious. So, if you have “a worry” it means that you are, you are worried about something, you know. To use the verb to explain the noun. So “a worry” is to be anxious, to be troubled, over something that may or may not really be a problem.

Other ways of saying “no worries” or “no wukkas” in probably American English and the UK English that are more common, and that can be used in Australian English, are the phrases:

How would I use these phrases? So, “no problem” is the kind of phrase that I would use when someone has said thanks for something, and I don’t think it’s a big deal. It wasn’t a problem. So I would say “nah no problem”.

“You’re welcome” again is another way of me saying to someone who’s thanking me that “it’s not a problem. Don’t worry about it.” I can say “you’re welcome”, “you are welcome”.

So, “no worries” has been very very common in Australian English for a long time, and “no wukkas” at least as far as I know, and have experienced personally, has become much more prevalent, much more common, it’s been said a lot more often in Australian English, probably in the last 10 years. So I remember hearing this for the first time I think in university when I had first started university, and this was about 10 years ago, 10 years before now, maybe 2006, 2007. And I remember someone saying to me after obviously I had done something for that person. They said to me “no wukkas” and I remember thinking “no wukkas? no wukkas? What the hell is no wukkas? What does that mean?” and it was the first time that I’d heard this expression. So since then though it has become a lot more common even though it’s… it’s sort of a non-expression, it’s not unique, it’s just we’ve taken the word “worries” and we’ve given it a different sound “wukkas”. It’s almost like we turned “worry” into “wuk” [or “wukka”], which doesn’t mean anything and is never said, and to pluralise it, to make it plural, we put an “s” on the end of it “wukkas”, “wukkas”.

So it’s good to be familiar with them. And also if you use them yourself, it’s… it’s kind of cool to see. I love hearing when foreign people who are learning English use Australian phrases like that because it makes me think… it makes me look at you a lot more like you’re one of us, you know. As soon as you start talking how we talk it makes me feel like you’re part of my team, you know, and you become unconsciously and consciously a lot more likable. It’s hard to explain. It’s not like a I don’t like foreigners, but if you start using terms that I am familiar with for some reason it just resonates with me, I think about it, I feel it, and it’s just something that I’m sure even in your foreign languages that I don’t speak if I were to use common phrases that are very, very slangy from wherever it is you’re from you’re going to think “ohhh! This guy gets it, you know, he’s cool like he’s one of us!”

One thing that I might add here on the end as a bit of a caveat, as a bit of a bonus, is the fact that we will often say “mate” at the end of these kinds of phrases. So, “no worries mate”. It’s as if you can use the word “mate” anywhere you would say someone’s name. So you’ve just substituted that in. So if someone said to me, “yeah, no worries Pete”, instead of saying “Pete” they can say “yeah no worries, mate!”. So that’s “mate”. And for some reason, I haven’t analyzed this but I just noticed that saying “yeah” at the start of a phrase like that “no worries mate”, “yeah no worries” for someone reason we do that quite a bit where it’s almost like we agree, we’re just saying “yeah… nah nah, course not, it’s not a problem, you know, it’s… yeah, yeah yeah yeah no worries!” So whether or not you use that don’t worry too much but again it’s just good to draw attention to it. To focus on it for a sec. To make you familiar with it so that when you hear an Australian using these terms, using these words, in this way you will be familiar with it and you will understand exactly what they’re saying.