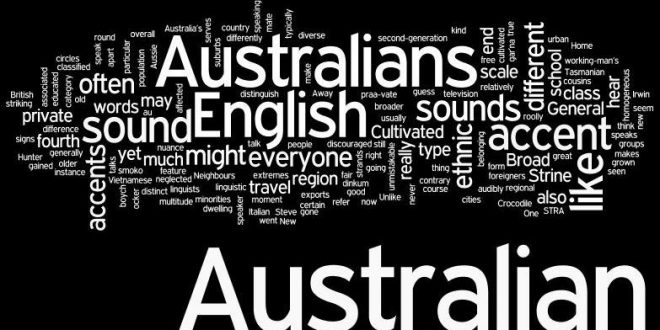 تلفظ استرالیایی Will + Have Contraction

In this episode of Aussie English, Ep065: Pronunciation – Will + Have Contraction = ‘ll’ve, you’ll learn how to contract the future perfect tense. E.g. “I will have done” is often contracted by native speakers when speaking to e.g. “I’ll’ve done”.

Pronunciation – Will + Have Contraction = ‘ll’ve

G’day guys. Welcome to this episode of Aussie English.

Today is going to be another pronunciation episode. Today I’m hoping to show you how to contract the future perfect tense. So, I’m just going to tell you that it’s the future perfect tense in case you feel like looking it up later on and doing a little bit of a grammar in your own time, but we won’t get too bogged down in the technical aspect of these contractions and learning these pronunciation things. [I] just thought I’d mention it up front.

So, the future perfect tense is ah… when you say, “Will have done something”. So, it’s something in the future that has happened. Talking about it in the past but it’s… it hasn’t happened yet. It’s going to happen in the future but it’ll be over, it’ll be finished by the time you talk about it.

So, now we’ll just do a little listen and repeat exercise where I will go through the different pronouns with the contracted “Will” and “Have” onto them, and you just repeat after me.

Note: when “Have” follows “Will” it is never WRITTEN as contracted. So, even if someone says, “I’ll’ve”, it will always be written as “I’ll have”.

There you go. So, practice those a few times each time you listen to this episode and you’ll get used to saying “I’ll’ve”, “You’ll’ve”, “He’ll’ve”, “She’ll’ve”, “We’ll’ve”, They’ll’ve” incredibly quickly and naturally when you speak. So, I’ll give you some examples of when and how you would use the future perfect tense. So, some examples going through the different pronouns:

So, you’ll see there too that I can mention the point in time in the future before I say the future perfect tense in the sentence. So, “by that point I’ll have gone home”, “I’ll have gone home by that point”. Either way doesn’t matter. It’s totally up to you guys how you structure those kinds of sentences. And you’ll also have noticed in those sentences that I verify a lot of them by using a specific point in time. So, when you use the future perfect tense like this, and you say “I’ll’ve”, “You’ll’ve”, “He’ll’ve”, “She’ll’ve”, “We’ll’ve”, They’ll’ve”, and then you say the thing that has been done using whatever verb you use, often you’ll say exactly when or by when that has happened. So, you might hear things like:

By the end of the day

By the end of the week

By the end of the year

Examples here with those different points in the future:

He’ll’ve finished by that point

He’ll’ve finished by next week

He’ll’ve finished by the end of the day

He’ll’ve finished by the end of the week

He’ll’ve finished by the end of the year

I will have gone to the beach.

I’ll’ve gone to the beach.

You will have seen him at that point.

You’ll’ve seen him at that point.

He will have found out the truth by the end of the week.

He’ll’ve found out the truth by the end of the week.

She will have finished her degree.

They will have done it by then.

They’ll’ve done it by then.

We will have been on holiday for three weeks.

We’ll’ve been on holiday for three weeks.

That’s when I will have left.

Tuesday morning is when you will have arrived.

Tuesday morning is when you’ll’ve arrived.

I hope tomorrow he will have come home.

By the end of the year she will have graduated.

By the end of the year she’ll’ve graduated.

By the time you arrive we will have already started.

By the time you arrive we’ll’ve already started.

Tomorrow they will have moved house.

Note: remember, “I’ll’ve” would always be written as “I’ll have”, where “have” isn’t written as contracted, when writing formal English.

So, that’s the episode for today guys, you know, don’t worry too much about having to memorise these things, about having to nail it and get it perfect every single time you speak with people. Worst case scenario you can just say “We will have”, “I will have”, etc. People will understand what you mean. But the more you listen to these kinds of episodes and repeat after me and say these kinds of exercises, the more naturally you’re going to find that you will say these contractions when you speak English. And, you’ll just get quicker at speaking English, you’ll sound more like a native, and you will be more quickly understood by other people. So, again, don’t worry about being perfect, don’t worry about remembering every single detail, just keep practicing these lessons from time to time and you will improve. So, until next time guys, all the best!