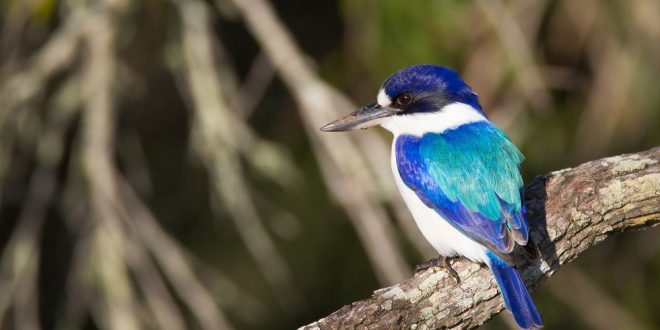 Learn Australian English in this post where I teach you how to use 10 Commonly Used Bird Idioms that I either frequently hear or use myself.

1. A bird in the hand is worth two in the bush

Figurative meaning: It’s better to be happy with what you have than to risk losing everything by seeking to get more.

Literal meaning: This idiom refers back to medieval falconry where a bird in the hand (the falcon) was a valuable asset and definitely worth more than two in the bush (the prey).

Example: “You should be happy with the wealth you already have after all a bird in the hand is worth two in the bush.”

Other forms: A bird in the hand.

2. To kill two birds with one stone

Figurative meaning: To accomplish two objectives with a single action.

Literal meaning: To throw a single stone and hit and kill two birds with that single stone.

Example: “I have to go to the shops to buy food, if I drop my books off at the library on the way I’ll be able to kill two birds with one stone.”

Other forms: To kill two birds.

3. A little bird told me

Figurative meaning: Someone told me something but I’m not going to reveal who that person was.

Literal meaning: The idea is that a little bird flew over to you, sat on your shoulder, and whispered some secret information that he had gathered into your ear.

Example: “Dad said, “a little bird told him I have a new boyfriend”. How does he know?! I haven’t told anyone!”

4. The early bird gets the worm

Figurative meaning: Said as advice to someone when they will have an advantage if they do something immediately or before someone else does it.

Also often said to suggest someone get out of bed early in the morning instead of sleeping in late in order to get more done with their day.

Literal meaning: The idea is that the bird who gets up the earliest will be the first to see and catch the worm before any other bird.

Example: “Come on, time to get out of bed sleepy-head. The early bird catches the worm.“

Other forms: The early bird catches the worm.

Figurative meaning: To get the view of a location from above it.

Literal meaning: The view a bird has from directly above a location.

Example: “We took a trip in a helicopter to get a bird’s-eye view of the town below.”

6. As the crow flies

Figurative meaning: The distance from one place to another place in a dead straight line (as opposed to the distance required to travel along a winding road for example).

Literal meaning: The idea is that a crow flying from A to B is going to fly the distance in a straight line without having to worry about going around obstacles on the ground.

Example: “Perth is 2727kms from Melbourne as the crow flies.”

7. Birds of a feather, flock together

Figurative meaning: The same kind of people or people who share the same tastes and interests will be found together.

Literal meaning: Birds of a feather, as in birds of the same type (i.e. species) will flock together, as in group together, as opposed to flocking with different types of birds.

Example: “My friends and I all love drinking beer, going to the movies and surfing on weekends. I guess birds of a feather, flock together.”

Other forms: Birds of a feather.

Figurative meaning: To give someone the finger, i.e. hold up your middle finger in a rude manner.

Literal meaning: The origin of this idiom apparently dates back to Britain in the 19th century when the idiom “To give him the big bird” was used in theatrical circles referring to the act of hissing at someone on stage. It was called “giving the big bird”, because the hissing sound was meant to be similar to that made by angry geese.

Example: “He insulted me and then flipped me the bird.”

Other forms: To give (someone) the bird.

9. To chicken out (of doing something)

Figurative meaning: To decide not to do something you’re too scared.

Literal meaning: If someone’s “a chicken” (noun) it means they’re a coward. Hence, the verb “to chicken out” being used to describe what a coward does when he decides not to do something.

Example: “The boxer can’t wait to fight his next opponent. There’s no way he’s going to chicken out.”

Figurative meaning: To go extinct or to become obsolete.

Literal meaning: The dodo was a large flightless bird that lived on the island of Mauritius, and was hunted to extinction by sailors who visited the island in the 17th century. Hence, if something goes the way of the dodo it goes extinct or becomes obsolete.

Example: “If we don’t conserve the Amazon rainforest countless species could also go the way of the dodo.”