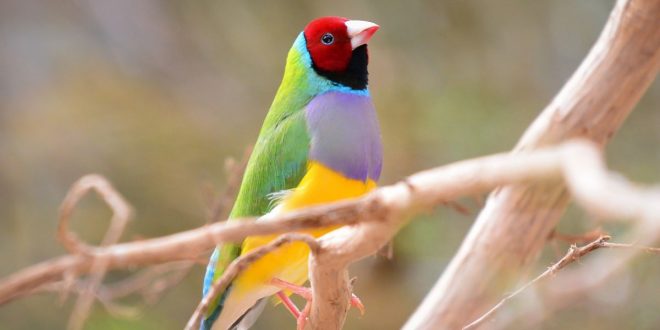 Learn Australian English in this post where I teach you another 10 Commonly Used Bird Idioms that I either frequently hear or use myself.

Figurative meaning: To restrain someone or to reduce their freedom.

Literal meaning: If you clip the wings of a bird you prevent it from flying away.

Example: “After having her baby she was afraid motherhood would clip her wings.”

Figurative meaning: An implausible story that is used as an explanation or excuse.

Literal meaning: The Cock and The Bull were two old inns in an English town called Stony Stratford where travellers used to stay. The banter and rivalry between groups of travellers lead to apparently exaggerated and fanciful story telling, which lead to the expression “a cock and bull story”.

Example: “He came up with some cock-and-bull story to try and explain why he was late to my birthday.”

Figurative meaning: To suddenly stop using or consuming a drug one is addicted to, and thus suffer the withdrawal symptoms.

Literal meaning: The origin of this expression is not really known. One explanation suggests it could be a combination of cold, i.e. straightforward or matter-of-fact, and the phrase “talk turkey”, which dates back to the 1800s and refers to speaking plainly.

Example: “I went cold turkey when I quit cigarettes, and felt horrible for more than a week.”

Figurative meaning: To watch keenly or closely; someone is very observant.

Literal meaning: The expression is referencing the keen eyesight of an eagle.

Example: “Well spotted eagle eye! I didn’t even notice that.”

Note: can be used sarcastically – “Well spotted eagle-eye!” – when someone has noted something incredibly obvious.

5. To stone the crows

Figurative meaning: An exclamation of surprise or shock.

Literal meaning: There seems to be no sensible literal meaning. The phrase in a more literal sense refers to throwing stones at crows. In Australia, crows were often seen as pests by farmers as they could kill young lambs if they saw the chance.

Example: “Stone the crows! That car nearly hit me as I crossed the road!”

Other forms: Stone the flamin’ crows.

Figurative meaning: To escape or to suddenly leave.

Example: “The prisoner flew the coop when the guards weren’t watching.”

Figurative meaning: To get one’s facts straight; to get everything organised.

Literal meaning: The origin of this phrase isn’t really known but it’s not hard to see the connection between the figurative meaning and a duck swimming along with its ducklings in tow behind it all lined up. Perhaps referencing the mother duck organising her ducklings before travelling on water or land.

Example: “I have to get my ducks in a row before I go on holiday.”

Figurative meaning: The bumps that rise on your skin because of cold, fear or excitement.

Literal meaning: This idiom makes reference to the bumps seen on the skin of a goose once its feathers have been removed and it is ready to cook.

Figurative meaning: Someone is in big trouble.

Literal meaning: This phrase has a somewhat obscure origin. It came from the death of Jan Hus, a Czech priest from the 14th century whose name resembled the Czech word for goose (husa) and he was burnt for some religious reason. Hence, his goose was cooked, so to speak.

Example: “If the criminal gets caught by the cops his goose will be cooked.”

Other forms: Your goose is cooked; To have cooked one’s/your goose.

10. Kill the goose that lays the golden egg

Figurative meaning: Said to warn against carrying out an unprofitable action that is motivated by greed.

Literal meaning: Originates from the fable by Aesop, but which was retold by Caxton. In his version of the fable the goose is told by its owner to lay two eggs a day. When it says it is unable to it is killed.

Example: “If you sell your shares too soon you’ll be killing the goose that lays the golden egg.”

Other forms: To kill the golden goose.