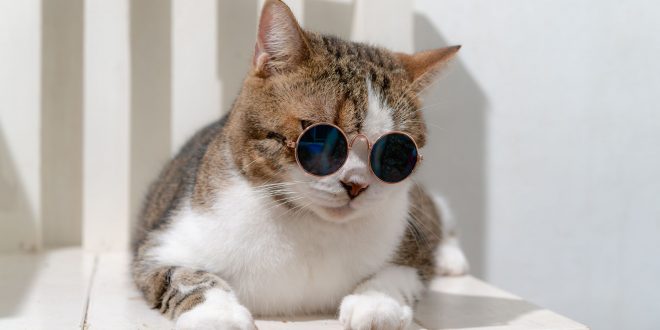 Today I’m going to teach you 10 Commonly Used Cat Idioms that I either use myself quite often or that I at least hear being used by other native English speakers.

Figurative meaning: Said to someone when you are annoyed that they won’t speak.

Literal meaning: This idiom apparently began being used by children back in the late 1800s with no sensible derivation known. It’s not hard to imagine this sort of expression being used in children’s language in the school playground.

Example: “Why won’t you say anything? Has a cat got your tongue?”

Other forms: Cat got your tongue?

Figurative meaning: To have a short sleep; a siesta.

Literal meaning: The idea here is that cats have numerous short naps every day. So, if you have a short sleep say, after lunch, it’s considered “a cat nap”.

Example: “I might have a cat nap before dinner.”

Other forms: To cat nap.

Figurative meaning: Being curious can lead to dangerous situations. Often used when someone is asking unwanted questions.

Literal meaning: The origin of this idiom isn’t very clear, but the basic idea is that if you’re a cat who is too curious you may end up in a lot of trouble, e.g. chasing a bird too far up a tree or a rat too far down a drain, and the cat could be killed as a result.

Example: “Don’t ask so many questions about your birthday party. Remember, curiosity killed the cat!”

Figurative meaning: To disclose a secret.

Literal meaning: The most likely origin of this phrase is very old originating in the 1500s and which refers to trying to trick someone at market by giving them a cat in a sack, or bag, instead of a piglet. Obviously, if you let the cat out of the bag then you disclosed the secret.

Example: “He let the cat out of the bag and accidentally told her about her surprise present.”

Figurative meaning: Someone or something that copies, imitates, mimics, or follows the lead of another. Often used by children for other children who copy exactly what they do or say.

Literal meaning: The origin of this idiom isn’t very clear but may refer to the copying behaviour of kittens copying their mother. The expression dates back to at least the 1890s.

Example: “Stop looking at my test answers James! Don’t be such a copycat!”

Other forms: A copy-cat; a copy cat. Also used as a verb: to copycat (something).

Figurative meaning: A burglar who gains entry into a building without while avoiding detection through the use of agility and stealth.

Literal meaning: This phrase refers to the way a cat uses agility and stealth to sneak up on its prey.

Example: “A cat burglar broke into the bank’s vault and stole a lot of money.”

7. To rain cats and dogs

Literal meaning: The true origin of this phrase is unknown, however, the most probable explanation is that it originates from England in the 1700s when storm drains would often carry dead dogs and cats away when heavy rain fell. Thus, the possible connection between heavy rain and cats and dogs.

Example: “I walked outside and got saturated because it was raining cats and dogs!”

8. There’s more than one way to skin a cat

Figurative meaning: There’s more than one way of achieving a certain goal.

Literal meaning: This idiom’s earliest usage dates back to the 1840s, and literally alludes to the fact that there are many ways of achieving the goal of skinning a cat.

Other forms: There are many ways to skin a cat.

Figurative meaning: Someone who is excessively scared or afraid.

Literal meaning: These idioms both allude to the skittish and frightful behaviour of cats.

Example: “Don’t be such a scaredy-cat, just try it!”

10. To put the cat among the pigeons

Figurative meaning: To do or say something that will make a lot of people angry or worried.

Literal meaning: This idiom refers to the act of letting a cat go inside a dove house where pigeons are kept where the cat would scare all the birds whilst hunting and killing some of them. So, if you put the cat among the pigeons it means you tell a person or group of people something that is likely to scare or worry them, or at the very least ruffle some feathers.

Example: “If we tell the employees we have to fire one of them next week we’ll be putting the cat among the pigeons.”

Other forms: To set the cat among the pigeons.