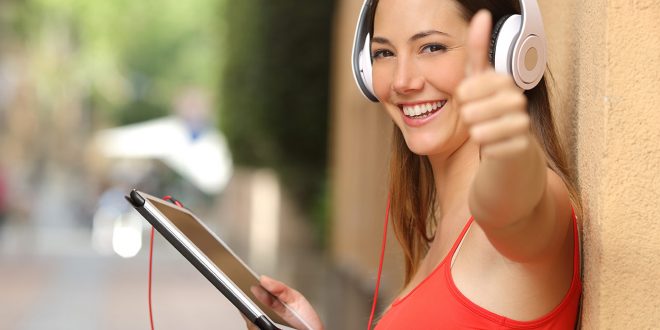 In today’s pronunciation episode of Aussie English you’re going to learn how to contract the Conditional Perfect tense, “Would have” into “‘d’ve”.

G’day guys. How’re you going? Today’s episode is another pronunciation episode, and I thought I would follow on from last week’s episode where I talked about how to contract the Future Perfect Tense, and again I’m not going to get bogged down in the specifics of grammar, but I just wanted to give you the um… name of these tenses so that you can look them up if you want to work on them. And so, last week was “Will + Have” becomes that “’ll’ve” sound. So, “I’ll’ve”, “You’ll’ve”, “He’ll’ve”, “She’ll’ve”, “We’ll’ve”, “They’ll’ve”. It’s the kind of thing where you just want to practice it every now and then. Don’t necessarily worry about having to perfect this every single time you want to use these tenses and say these things. It is ok to say “I will have”, “You will have”, it’s just that um… slowly over time you’re going to get a lot more efficient at speaking English, and so these contractions are really going to help with your pronunciation and your speed at talking, and you’ll also improve your listening comprehension when you practice these exercises and when you listen to these episodes, because you’ll… you’ll have all of this information that you listen to and practice, whether or not you can actually remember it when you speak yourself, you’ll have it in the back of your mind. It’ll be in your passive vocab, in your passive listening comprehension, in that part of your head. So that when you hear people speak as native English speakers, and they’ll speak quickly, and they’ll make these contractions rapidly without you necessarily having time to break it down on the spot. You’ll just know what they’re trying to say straight away if you practice these things. Anyway.

Today’s episode is going to be the conditional perfect tense. So, as opposed to the Future Perfect Tense last week the Conditional Perfect Tense is “Would have”. So, “Would have done something”, and this gets contracted to “’d’ve” effectively. So, we’ll go through the different pronouns conjugated through “would have” and the contraction of these now so that you can practice your pronunciation. So, repeat after me.

I’ll go through these just slowly too guys so that you can really hear how I’m pronouncing these, although for me it sounds a little bit bizarre if they’re said slowly. So, these contractions are usually said quickly. Hence, the nature of wanting to contract them in the first place, right? If you’re going to speak slowly it’s ok to articulate “I would have”. If you’re going to speak incredibly quickly you would be more likely to say “I’d’ve”.

Alright, so, these sentences, because they’re the conditional–I’m sure you guys… you guys will probably know the grammar better than me–are often by an excuse or a reason or a clarification as to why you haven’t done the thing that you were going to. So, for example, I could say, “I would’ve done it if I could have”, um… “I would have done it but I couldn’t do it”, you know, those kinds of clarifications or the second half of these clauses will often follow the Conditional Perfect Tense, or other Conditional tenses in English. So, for example, “I would have done it yesterday if I had had time”, and you’ll contract this to “I’d’ve done it yesterday if I’d had time.” Another one could be, “I would’ve done it yesterday but I didn’t have time”, and you can contract this to, “I’d’ve done it yesterday but I didn’t’ve time”. So, you’ll see how in those sentences “have” gets contracted onto other words like “did’nt’ve”, you can say that as well but I’ll leave that for another episode. So, yeah, um… I’ll run through some example sentences now guys where I’ll let you convert these into the contracted forms after me. So, I’ll read out the sentences first in their full form. So, for example I’ll say, “I would have wanted it.” And I want you to repeat after me, after I say the uncontracted form I want you to try and contract it. So, after that sentence you’d say, “I’d’ve wanted it”. “I would have wanted it” and then you’ll say, “I’d’ve wanted it”, and I’ll repeat “I’d’ve wanted it” so that you can see that you’re correct. So, I’ll do a few sentences here first, just some short ones, but just remember most of the time these are going to be followed by reasons, excuses, clarifications as to why you couldn’t do it. So, they’re kind of like half sentences here. Anyway, listen and repeat after me guys.

I would have wanted it…

I would have come if I could have.

You would have gone home if you could have.

You’d’ve gone home if you could have.

He would have played if he could have.

He’d’ve played if he could have.

She would have asked if she had time to [ask].

She’d’ve asked if she had time to [ask].

We would have gone, but we didn’t have time to [go].

They would have stopped, but they didn’t want to [stop].

They’d’ve stopped, but they didn’t want to [stop].

So, that’s probably enough for today guys. I hope these episodes are helping. I hope the exercises are helping too. I know they’re probably incredibly boring and that you guys all know this stuff, but again it’s not so much that I’m… that I’m trying to teach you grammar, or give you these exercises to learn by heart, or to necessarily improve your understanding of English grammar and the English language, it’s more I want to give you examples of how I as a native English speaker speak rapidly and the contractions that I make, and I want to give you exposure to these contractions so that when and if you meet other native English speakers, especially Australian English native speakers like myself, when you hear them speak you’re not going to have issues with understanding them, or at least you’re not going to have as many issues with understanding their accent and the ways that they use the language compared to if you hadn’t had this previous exposure to the accent and to these sort of mannerisms and… and changes in how we use the language as natives.