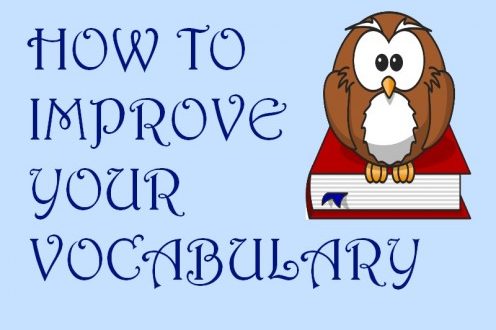 In today’s video I chat to you guys a little bit about how to learn vocab no matter what materials you use.

Today’s another video that I wanted to make for you breaking down a little bit about how I make ah… improvements to my vocabulary, my active and my passive vocabulary, when learning another language.

So, as you may or may not know last year I spent the year learning French to basic fluency. I… I spent the entire year, you know, like I started out learning um… French using Duolingo. So, Duolingo is an app on your phone that you can use to learn the basics. I think it mainly focuses on teaching you the basic 2000 words, the most common 2000 words in a language, and it uses sort of a gamified um… program that allows you to do things by topics, and you can learn all these things… it’s… it’s interesting. I liked using it because it was kind of fun to use, you earn points, you level up. And so, it’s gamified, and it was good. I smashed it out. I did it for probably the first three, four weeks at least. I think that was when I finished the entire thing in French. I went right though it because I was mainly just refreshing my French from high school, because I studied French previously, and that’s why it was the choice… the first language I wanted to sort of try and um… learn to basic fluency at least. So, I spent the first year doing that. I started with Duolingo. I got pretty bored with Duolingo after using it hours and hours every week, um… day in day out, and then moved onto finding people online to chat to but as well reading, and I sort of sequentially levelled up my um… my reading, and I eventually got to reading books like Harry Potter, the Harry Potter series. It’s lame, but at the same time I like common books like this that everyone knows, 1. Because they’re easy to find in foreign languages, which won’t be a problem for you because they’re written in English. But for me I wanted to find a book that I read and that the story of which I knew, when I was going to read something in another language because it meant that when I read the book I already knew what was happening, and who everyone was, and the situations they were in, the only difference was that I was learning it, or reading it, in um… French. Anyway, so I started up with even way more basic books than these, but eventually go around to reading Harry Potter. And one thing that I really liked doing was going through… I’d try and read about a chapter a day, you know, it’s probably 20, 40 pages max, not even 40 pages, less than that. Maybe 10, 20 pages. About half an hour. And I would highlight any of the words that I didn’t… I don’t know if you can see it or not… that I didn’t know, while I was reading every chapter. And, I would then write those words down in a list, and I have a program on my computer that I use called Anki or Anki, and I want to get to this in the future, I want to talk about how I use this, but it’s effectively a Spatial Repetition System to help you learn vocabulary. So, you make what are called “flashcards” with the words that you want to learn, the grammar that you want to learn, whatever it is that you want to learn in that language. It can be used for other things as well but for the sake of this video I’m going to talk about how I used it to learn a language. So, I find the vocab that I want to learn from books, from games, from whatever it is, TV shows, movies, songs, you just need a list of words that you want to learn. You write the list down. I use the program called Anki to make flashcards. So, imagine you have say… if I can rip this out, a flashcard. So, you’ve got two sides to a flashcard. On one side you’ve got a question. So, a problem, something that you’re trying to solve, effectively the word that you’ve taken out of the book that you’re trying to learn, say, you found a sentence with that word, you use the sentence on the flash card but it’s missing that word. So, you have to fill in the gap. You have to fill in the blank. You’ve got to be like, “eh what was that? I remember this sentence it had this word” and then you click it and it’s got the full sentence with the word in it. So, effectively that’s what Anki does. I’m not going to go through that too much here. But I treat books, I treat programs, I treat games, music, um… TV shows, movies, as ways of finding words that I don’t know, that I want to know, that I want to learn, and then I put them into this program in order to learn them.

Another way that you can use the words that you find in these books that you want to practice is to go through… once you’ve read the chapter, and you’ve found the words that you don’t know, I would look up the definition of those words, and I would write them right next to it in pencil on the books. I didn’t really mind destroying the books. They’re second hand books that I bought from France for a few Euros each. And then I would go through that chapter and, you know, so we’ll start at chapter one here, and at the top you will have a word that you’re trying to learn, you’ve looked up the definition, you can see the sentence and how it’s used, you’ve got an idea now of what it means. If it’s a verb that’s easy, you know, once you’re… once you’re at an advanced level it’s going to be easy for you to create sentences using things like verbs and nouns. You already have the basic syntax and grammar down for a language. So, what I would do as an activity once a night would be once I finish the chapter, I’ve found the words, I’ve defined the words, I would actually go through and use every single one of these words in a sentence that I had to make up on the spot. So, imagine the first word here was the word “car” for example, “car”. I would sit here and say “Ok I see car’s the first word. I want to drive a car. I can see a car. Car’s a big, car’s can be small”, so I would just for 10, 20 seconds I would try and use that word as many times as I could in sentences that I was making off the top of my head, just thinking of on the spot. And then I would go to the next one. And this would take, you know, it could take a few minutes, five minutes, 10 minutes, but I think this is one of those really important things to note that I wanted to make this video about and… and for. When you want to learn new vocabulary you have to firstly, recognize that you don’t know it, secondly, look up the definition, write that next to the word, whatever it is, understand “Ok this is what that word means”, and then thirdly, you have to be able to use it yourself. I think that is one of the most important things that when you recognize a word, you work out what it is and what it means, if you then use it in a sentence, in a phrase, even if you’re talking to yourself, by yourself at night, whatever, the fact that you’ve had to think about the word, what it means, how to create a sentence using that word, and then use it, is what really cements it into your head and will help you recall it later. So, this is one of those things that I’m always doing when I’m listening to a podcast, when I’m reading books, when I see words that I don’t know, that I’m learning or I hear words that are defined on the podcast that I’m listening to um… in Brazilian Portuguese or in French I straight away try and use that word in a sentence that I’ll just make up on the spot. It doesn’t matter if it’s simple, if it’s hard, if it’s complex. Probably the simpler the better because you can do it really quickly, you know, “a car. I can see a car. That car’s blue. The car is driving really quickly.” Whatever it is, the fact that you’ve had to think about it and then use it straight away is really going to keep it in your head and help you retain a lot of this vocabulary.

So, anyway that was the main thing for today’s video that I wanted to talk about. How to use books and other sources of vocabulary that you’re trying to learn. So, pull the words out, recognise you don’t know them, look them up and then actively try and use them, and this is what people do in their native languages as well. If I want to use a word that I don’t know or that I’m trying to learn at the moment in English I will just have to use it as often as I can just after I’ve learnt it for it to stay in my mind. And, you can do this after you hear people in conversation use a certain word, you know, you could hear someone say um… juxt… juxtaposed, or something complex in English I could hear, and I’d hear how they said it, and then I’d be like “Oh, juxtaposed, ok” and then you repeat after them, you know, you’ll use it in a sentence in the conversation that you’re having and then it sticks in your head. Anyway, that’s probably enough for today’s episode, but I wanted to say, yeah, vocab’s really important but it’s the kind of thing you have to work actively. You can’t learn a lot of vocab um… passively, just from sitting there watching TV or reading books if you don’t go out of your way to look up the words and understand what they actually mean. So, that… that comprehension, that first step of understanding what that word is is really important, and it’ll speed it up. If you look up that word straight away it’s going to speed up how quickly you understand the word and can use it yourself. Whereas if you just watch TV without subtitles, even though you hear all the words, you… it can be too quick for you to actually work out what they are even if you’ve heard them before you’ll just skip over it. So, that was the first step. Looking up these words, understanding what they mean, and actively working it, actively having to use them in sentences.

So, until next time guys. All the best and keep smashing out your Aussie English. Catch you later!