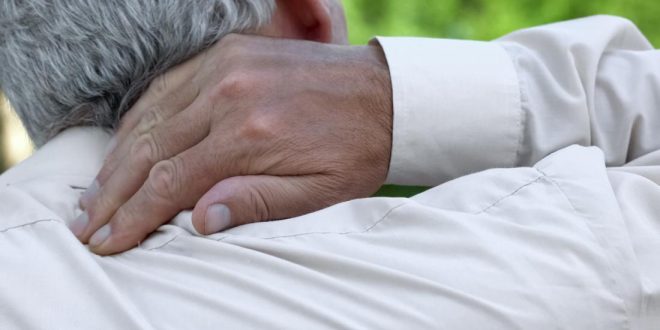 اصطلاح To Be A Pain [In The Neck/Arse]

Expression – To Be A Pain [In The Neck/Arse]

G’day guys! Welcome to this episode of Aussie English.

Sorry it’s been a little while since I’ve done another expression episode, and since I’ve done one where I talk a little bit at the start. So, I thought in this episode I might just chat to you guys for a bit before I get into the expression that I want to explain today.

So, what have I been up to recently? I’ve been working on my PhD quite a bit. So, trying to write up a few papers. My PhD’s made up of three papers. At the moment the first one is pretty much finished. So I’ve wrote… written that one up in draft form and given it to my supervisor. I’m trying to write up the second one and the third one at the moment, and then I aim to hand in by December, and who knows what’ll happen after then. It’d be lovely to have um… completely finished all of my study but I have a feeling that I might try and study to be an English teacher. So, it’s pretty funny. I’m sort of at that point in my life where I’ve studied at university for probably… I don’t know how many years now, maybe 10 to 12 years. I did my undergrad, which was 3-4 years and then I did a masters degree after that which was 2 years. So that’s 6 years, and then I did… I started the PhD when I was 24-25 and it’s been… it’s in its 5th year now so, yeah, all up that’s about 11 years, and hopefully done by the end of this year. So, it’s been a long stretch, but yeah it’s pretty funny because looking back I guess I’ve always wanted to do zoology and biology, and study animals but I did the Masters degree because you kind of needed to have extra qualifications to get anywhere, to be able to get a job anywhere, if you wanted to do zoology or biology or science in general. It’s very difficult to get hired by a company or by a university or anywhere that hires scientists if you don’t have a post-graduate degree. So, at the moment, or at that moment, I had my undergraduate degree, which was the 3-4 years of doing science and I was like “uh… I better do a post-graduate degree of some kind so I’m more employable”. I finished the Masters degree after 2 years and still felt like I was under qualified and didn’t really know anything, and it feels like the more I study the more I realise um… the less I actually know. And then after the masters I was like “well I don’t really know what I want to do and I don’t think I’m going to get any good jobs really with the masters degree” so I started the PhD. And that was signing up for another 3 or 4 years, 5 years now, and I guess at the time it was somewhat the easier choice because it gave me time to think about what I wanted to do. So, it was sort of procrastination to some extent. But yeah coming to the end of the PhD now it’s funny because I guess I am who I am no matter, you know, I’ve gone through all of this study and spent all of this time doing research potentially now to finish and choose a completely different area um… to get a full time job in that has nothing to do with science or biology but I guess I wouldn’t be who I am unless I had gone through um… having got the undergrad and the masters degree and the PhD. So, it is funny how life kind of takes a turn and, you know, I grew up thinking I was always going to be a scientist and that I always wanted to study biology and research animals and just be involved with nature in general, but now I’m getting to that point where it’s a bit of a headache to do it in Australia. It takes a lot of um… a lot of time and I think effort to be good at it, especially if you want to do academia and do research, and so yeah, I think… I think I draw a lot more um… satisfaction from teaching English and from helping people learn English, at least from the last year or two that I’ve been learning languages and helping other people. So, that’s where I’m at with that. I think I’ll probably finish my degree, my PhD, and then who knows? Travel? Teach English? We’ll see. Anyway, that’s enough about that for now.

Um… so what is a pain? We’ll go through each of these words. A pain is an unpleasant physical sensation due to injury or illness. So, if I was to fall over and hit my knee on the ground my knee would be sore and I could say that I had a pain in my knee. And so for that sake, if someone’s a pain it means that to you they are sort of like that pain in the knee, eh… they’re annoying, they’re frustrating, they’re unpleasant. Um… it can be for a situation too. It doesn’t necessarily have to be just for a person. It can be a situation or event. Something that has to be endured that you had to do, that you had to experience or go through. All of these things can be a pain, a pain in the neck, or a pain in the arse.

So, a neck. Your neck is the top part of your spine, your backbone. It’s the part of your body between your shoulders and your head. So your neck. And throat, your throat is the front part of your neck with the Adam’s apple at the front. We call it the Adam’s apple, based on the bible. I think the idea is that Adam and Eve, Adam ate the apple and the apple got stuck in his throat ideally I guess. That’s the basic Idea there.

An arse. Arse is the Australian term we use for your buttocks, your butt, your bottom, your backside. It’s what you sit on in a chair. That’s your arse. It’s sort of rude but not really. It’s becoming more and more polite these years, like, you would be able to use this without offending many people I think. And in American English they were say, “ass” instead of “arse”.

So, some examples could be, say you’re driving home after work and you’ve left work, at least here in Melbourne, any time after about 4:30 in the afternoon. If you leave then you’re going to get stuck in peak hour traffic, in rush hour traffic. So you could say, you know, “Any time I leave after 4:30 and before 5 O’clock in the afternoon it’s a real pain in the neck to get home because of the traffic”. So the traffic is a real pain in the neck.

Another example could be say, you have to fill out a really long job application. So, you’ve got to have your CV, your curriculum vitae we call it, a résumé, about all of your work experience, your date of birth, contact information, your references, so other people you’ve worked for, and you have to apply for this job and it takes you forever to get through the entire job application. So, it could be really long and tedious and take a lot of time. You could say, “This job application is a real pain in the arse”.

So, now we’ll just practice a little bit of pronunciation guys, and I’ll repeat each one of these three phrases. We’ll go through the first one. It’s such a pain in the arse. So I’ll repeat that five times.

And now we’ll conjugate through the sentence “I’m a real pain in the neck”:

I’m a real pain in the neck.

You’re a real pain in the neck.

He’s a real pain in the neck.

She’s a real pain in the neck.

We’re a real pain in the neck.

They’re a real pain in the neck.